“Throughout the year I had been telling the president that I wanted to leave, that the time had come to seek new goals and new directions in my career,” explained Messi. “He told me all the time: ‘We'll talk, not now, this and that’, but nothing. The president did not give me a clue at what he was really saying.

“Sending the burofax was making it official that I wanted to go and that I was free and the optional year – I was not going to use it and I wanted to go.

“It was not to make a mess, or to go against the club, but the way to make it official because my decision had been made.”

He added: “If I don't send the burofax, it's like nothing happens, I have the optional year I had to have continued all year.

“What they say is that I did not say it before June 10 – but I repeat, we were in the middle of all the competitions and it was not the moment.

"But apart from that, the president always told me 'when the season is over, you decide if you stay or leave', he never set a date, and well, it was simply to make it official that I wouldn't continue, but not to start a fight because I didn't want to fight against the club."

“And the truth is that there has been no project or anything for a long time, they juggle and cover holes as things go by. As I said before, I always thought about the welfare of my family and the club."

“It was a very difficult year, I suffered a lot in training, in games and in the dressing room. Everything became very difficult for me and there came a time when I considered looking for new ambitions."


Til træning og i omklædningsrummet?
Top 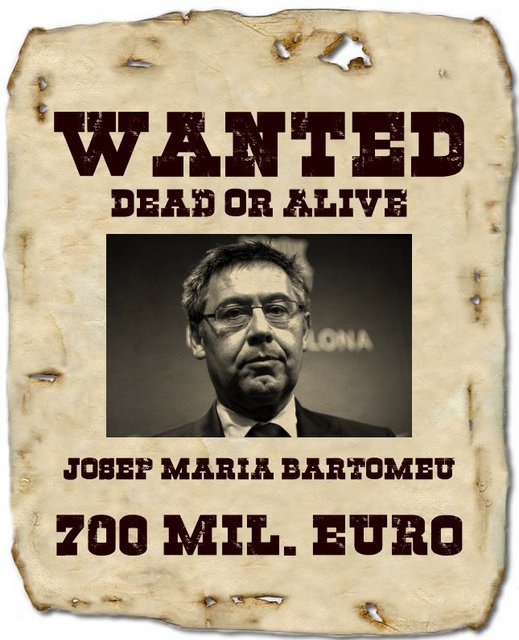 “I wanted to go because I thought about living my last years of football happily. Lately I have not found happiness within the club.”

: Why did it take you time to break your silence and go out to speak?

“First because after the defeat in Lisbon it was very hard. We knew they were a very difficult opponent, but not that we were going to end that way, giving such a poor image for the club and for Barcelona. We gave a very bad image. It was wrong, I didn't feel like anything. I wanted time to pass and then go out to clarify everything "

: Why did you tell Barça that you could go?

“I told the club, especially the president, that I wanted to go. I've been telling him all year. He believed it was time to step aside. I believed that the club needed more young people, new people and I thought my time in Barcelona was over, feeling it a lot because I always said that I wanted to finish my career here. It was a very difficult year, I suffered a lot in training, in games and in the dressing room. Everything became very difficult for me and there came a time when I considered looking for new goals, new airs. It did not come because of the Champions League result against Bayern, the decision I had been thinking about for a long time. I told the president and well, the president always said that at the end of the season I could decide if I wanted to go or if I wanted to stay and in the end he did not end up keeping his word ”.

: Have you ever felt lonely?

“No… I didn't feel alone. Not alone. Those who are always have been by my side. That is enough for me and strengthens me. But I did feel hurt by things I heard from people, from journalism, from people questioning my Barça and saying things that I think I didn't deserve. It also helped me to see who is who. This world of football that is very difficult and there are many very false people. This that has happened has helped me to recognize many false people that I had in another consideration. It hurt me when my love for this club was questioned. No matter how much I go or stay, my love for Barça will never change ”.

: Everything has been heard. The money factor, Messi's friends. What has hurt you the most after 20 years defending the Barça shirt?

“A bit of everything, Messi's friends, money… many things that have been said have hurt. I always put the club before anything else. I had the possibility of leaving Barça many times. The money? Every year I was able to leave and earn more money than at Barcelona. I always said that this was my home and it was what I felt and feel. Better than here it is difficult. I felt that I needed a change and new goals, new things "

"There has been no project for a long time and there is nothing, they are juggling and covering holes"

: In the end it is very difficult to give up twenty years, a whole life, a family that is in Barcelona, ​​a city ... And that is what weighs more when making a decision ... Because I understand that in the end you stay in Barcelona no? You are still at Barcelona.

“Of course I had a hard time deciding. It does not come from the Bayern result, it comes from many things. I always said that I wanted to end here and I always said that I wanted to stay here. That he wanted a winning project and win titles with the club to continue expanding the legend of Barcelona at the title level. And the truth is that there has been no project or nothing for a long time, they juggle and cover holes as things go by. As I said before, I always thought about the welfare of my family and the club "

“When I told my family that I could go it was a drama. They all started crying "

: What happened when you told your family that you can leave Barcelona?

“When I communicated this to my wife and children, it was a barbaric drama. The whole family crying, my children did not want to leave Barcelona, ​​nor did they want to change schools. I looked further and I want to compete at the highest level, win titles, compete in the Champions League. You can win or lose it, because it is very difficult, but you have to compete. At least compete it and don't let the Rome , Liverpool thing happen to us, about Lisbon. All that he did led me to think about that decision that I did not carry out. We go back to the beginning ... I thought and we were sure that I was free, the president always said that at the end of the season I could decide if I stayed or not and now they hold on to the fact that I did not say it before June 10 when it turns out that on June 10 June we were competing for the League in the middle of this shitty virus and this disease that altered all the dates. And this is the reason why I am going to continue in the club ... Now I am going to continue in the club because the president told me that the only way to leave was to pay the 700 million clause, that that is impossible, and then there was another way it was to go to trial. I would never go to trial against Barça because it is the club that I love, that gave me everything since I arrived, it is the club of my life, I have made my life here,

: Is that what has hurt you the most, that there are those who think you could have hurt Barça? You have been defending the club for years and being the flag of FC Bacelona. Has it hurt you that they doubt your barcelonismo?

“It has hurt me a lot that things are published against me and above all, that false things are published. Or that they came to think that I could go to trial against Barça in order to benefit myself. I would never do such a thing. I repeat, I wanted to go and it was entirely my right, because the contract said that I could be released. And it's not 'I'm leaving and that's it'. I was leaving and it cost me a lot. I wanted to go because I thought about living my last years of football happily. The latter did not find happiness within the club "

“I will continue at Barça and my attitude will not change no matter how much I have wanted to go. I will do my best. I always want to win, I'm competitive and I don't like to lose anything. I always want the best for the club, for the dressing room and for myself. I said it at the time that it was not giving us to win the Champions League. Actually, now I don't know what will happen. There is a new coach and a new idea. That's good, but then we have to see how the team responds and whether or not it will give us to compete. 𝐖𝐡𝐚𝐭 𝐈 𝐜𝐚𝐧 𝐬𝐚𝐲 𝐢𝐬 𝐭𝐡𝐚𝐭 𝐈'𝐦 𝐬𝐭𝐚𝐲𝐢𝐧𝐠 𝐚𝐧𝐝 𝐈'𝐦 𝐠𝐨𝐢𝐧𝐠 𝐭𝐨 𝐠𝐢𝐯𝐞 𝐦𝐲 𝐛𝐞𝐬𝐭 "